“Words are, in my not-so-humble opinion, our most inexhaustible source of magic. Capable of both inflicting injury, and remedying it.”

I’ve always thought Shel Silverstein’s poetry is like little drops of magic, short and silly and always guaranteed to put a smile on your face. We can grow up and pretend all we want that we’re mature adults who only have a taste for Dickinson or Plath but you know there’ll always be a special place for those poems you read as a child. I know I do.

I can relate to each of my favourite’s even now.

I can be as active as I want but the truth is I’m a lot like lazy Jane. For me, home delivery is a god send.

And when things seem tough and there’s a job to do that you find so daunting and terrible that you wish someone else could just get on with it instead of you, you’ve got a nice little reminder that somebody has to do it. And there’s a reason that somebody is you.

Then there are times when we think we’ve done so well, ha ha, how funny those stories are when we realise what we’ve done. (How sad it is if we never realise, don’t you think?)

And sometimes, Silverstein hints at the hard parts of life, like the masks we wear and walk around. Or how tough it is being yourself in a crowd of muggles… without a single word (Dumbledore underestimated the power of illustrations, I suppose.) 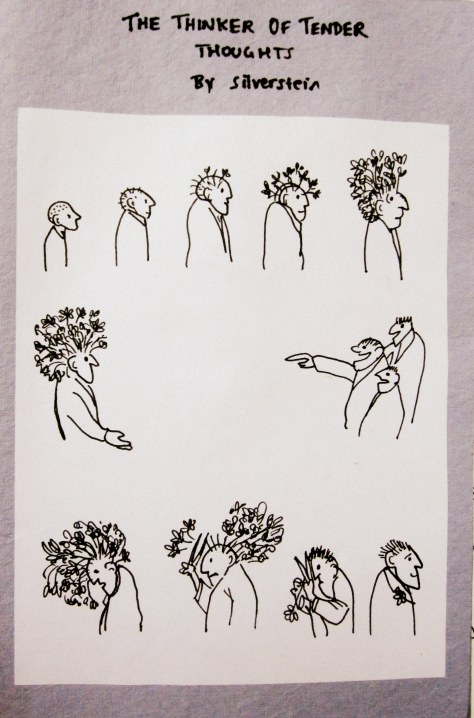 For all these reasons and more, I will always adore Shel Silverstein’s poetry. After all, who said wisdom can’t rhyme? 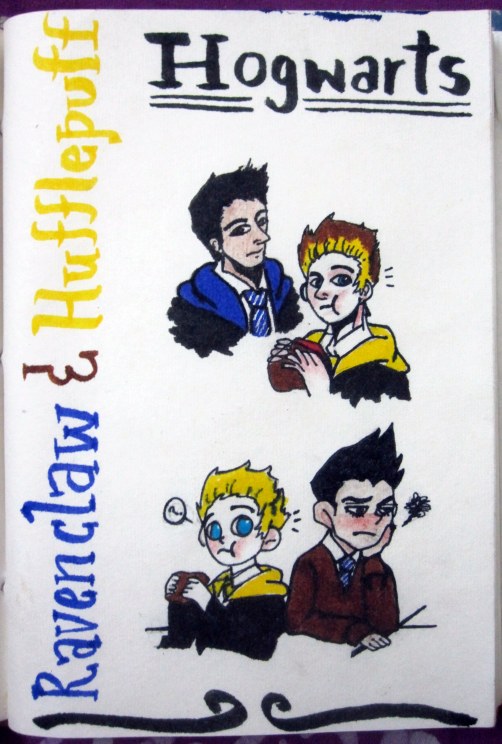 It’s fun imagining what houses people would be sorted into.I love it when fandoms collide so I had fun sketching this. (Plus, I’ve used these new water colour brush pens which I adore!)

It stole into the house, through a window that swayed

Much like a temper, and in the room it stayed.

Cold fingers crept up her spine, as it fell in beside her

Underneath the sheets, and her soul grew quieter.

Then came the coldest hug, chilling down to the bone

And in that bed she lay, feeling forever alone…

It was always there.

‘Tis the season to be jolly!

In honour of the four houses and the deathly hallows.

Everything about this December has been Harry Potter-centric and it couldn’t have been better for fangirl me.

Our class played Secret Santa and thankfully my elf/snowflake is a Potterhead, so I got to give her a Hogwarts acceptance letter which you can customize and print here (you’re welcome)! I’ve also made Marauders Maps (instructions here) and Hogwarts house bookmarks for a couple of people! 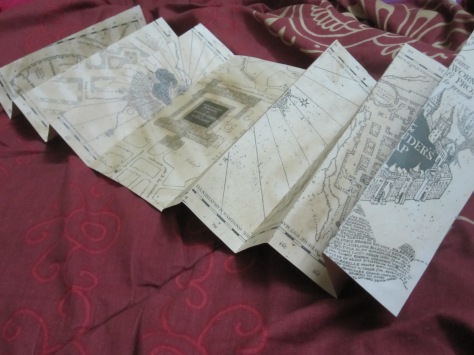 After a busy year, it’s been nice to sit and relax at home with a hot cup of cocoa, reading the illustrated copy of Harry Potter and the Philosopher’s Stone. I checked out the second and third book from the library so that’s a lot of re-reading to look forward to! Not to mention the movie marathon over the next couple of days 😀

So cheers everyone! Merry Christmas and Happy New Year to you all 🙂 May you stuff your face and have fun!

‘Tis the season to be jolly!

Yesterday, I had a conversation with an old schoolmate of mine and it was eye-opening in a frustrating way. What started out as small talk eventually became a heated debate as the topic shifted to gender equality and this is one I’m extremely vocal about and will fight you on, no matter who you are, friend or foe.

Feminism is so often misunderstood and it’s time we put that to bed. When I heard this schoolmate of mine say, “There’s a very thin line between feminism and feminazism.” I did just that and if I’m viewed as being a ‘feminazi’ to speak unabashedly about this issue, that’s alright. Because it needs to be said.

Feminism is gender equality yet what has sprouted from this most necessary and important movement is a pejoratively popularised branch called Feminazism which, on the other hand, is more radical and typified by the media as the promotion of women’s rights over men’s.  Feminism and feminazism are not the same thing, and to me, the line is very clear. It is a bright red divisor, between a land of equal opportunity and that of inequality.

Simply put,  if patriarchal society were an hourglass where the top glass bulb representing men, provides for and supersedes the second glass bulb representing women, then feminazism is the movement trying to invert that hour glass. Feminism, however, wants to break it… not only for women, but men too. That’s also often overlooked.

When this guy began ranting about ungrateful girls using feminism to get whatever they want, saying that women expect too much from men, in terms of paying for dinner and it’s not fair, it sounded to me as if he was likening feminism to a gift card cashed in by women for privilege. And the very example he gave was perfect to highlight how feminism impacts all genders.

There’s always two sides to the story and I understand why men may feel less than enthused when they have to pay the bill when out on a date. They feel the need to be the chivalrous gentleman and pay for the entire meal because of gender stereotypes such as ‘a man must provide or it is seen as sign of weakness’. And yes, I will not deny that women take advantage of that. But there are also men who refuse when a woman wants to pay, because of the same societal standard.  See how it swings both way? This is just the tip of the iceberg.

The main problem men seem to have with feminazism charading as feminism is how it is being misused. To that, I have to say this: Of course there are always those who will take advantage of their rights and privileges. Yet we cannot generalise beyond such circumstances. Feminism is much bigger than going out to dinner and debating over who should pay for it. It’s everywhere, both subtle and blatant, whether you’re in tune to that or not.

“The people you love become ghosts inside of you and like this you keep them alive.”

But if you’re the harbour of a thousand wisps of soul, who is going to keep them from leaking out of the holes in your heart? (And your rag-tag of a sweater on those cold winter mornings.)

Because you’re ghosted and closed. You’ll never let them out, those ghosts. And in very much the same way, with ferocity and love that could kill, you’ll never let anyone alive in.

Your love is for the dead.

Such a pity for the living.

Missing fresh air and the freedom to go out. Feels like months since we went to Nandi Hills @jannvy @santhoshi.kashyap
💠
❤️
💛
25 on 25th. #birthday #gokarna #weekendtrip