Christopher Nolan’s films hold a certain fascination and complexity that many would not be able to conjure in our wildest dreams so to see it on screen is a marvelous feat (although there are those downer cynics who constantly pin point loopholes and inconsistencies as if they could do what Nolan does in a heartbeat. If they want to watch something realistic, I suggest a documentary.) Inception, in my opinion, is a well-devised cinematic masterpiece that lost out on the Oscar for Best Picture merely because it went completely over the Academy’s heads in terms of understanding the complexity and conceptualization. Interstellar was a solid effort to follow it, though if I had to choose the better film it would have to be Inception. Anyway, after watching Interstellar, I couldn’t help but find similarities in the movies which led me to believe that they are indeed sibling-like films.

1. The protagonists are fathers who are trying to get back home to their children. In Inception, Dom Cobb played by Leonardo DiCaprio is framed for his wife’s murder and can’t go home to his children and so he takes up the job offered by Saito who can help him by getting the murder charges dropped.  In Interstellar, Cooper played by Matthew McConaughey wants to go back home to Earth where he left his children in order to go on a mission into space in the effort to save humankind as a species. Incidentally, in both movies, there are two kids-one boy and one girl.

2. Female supporting characters accompany the male protagonist on their missions. Inception has Ariadne played by Ellen Page while Interstellar stars Anne Hathaway as Amelia Brand. Both happen to be Oscar-nominated actresses, by the way.

3. Michael Caine plays a professor who happens to be the father of one of the main characters. In Inception, he plays Mal’s father who is an architecture professor while in Interstellar he is Amelia Brand’s father, working for NASA, attempting to solve an equation that could potentially save mankind.

4. The distance from reality and exploration into other worlds. In Inception, Cobb and his team go deeper and deeper into the recesses of the psyche in the form of dreams while Cooper and the NASA team go farther and farther away from Earth to explore other planets that could be repopulated by human beings. I also found that there are three levels in Inception just as there are three planets in Interstellar, all seeming like different worlds.

5. Time distortion as a recurrent side effect of venturing into these worlds. While in Inception, the characters have the luxury (although certainly not the safety) of time as they venture deeper and deeper into dream levels, since time slows down, it is the exact opposite in Interstellar, since hours on a new planet are equivalent to  decades back on Earth, with time moving faster.

6. The presence of a purgatory like component from which the male lead escapes from. Cobb escapes from limbo and saves Ariadne from its unpredictability while Cooper ventures into Gargantua, the black hole, just after dropping TARS and Brand from the shuttle.

7. Symbolic circles are explained using a single sheet of paper. In Inception, Cobb explains how we create and perceive simultaneously,  so seamlessly that we are unable to truly distinguish the two, to Ariadne in a cafe. He draws this symbol on a piece of paper while he explains the concept of designing a dream:

In Interstellar, Romilly explains who worm holes function, serving as a sort of bridge between galaxies by punching a hole through a folded piece of paper.

8. The culmination of the emotional undertone is in a death bed scene towards the end of the film. Love is proven to be a powerful and inspiring force that drives humanity and this is something that has been building in both films, only culminating in death bed scenes. In Inception, it is of Fisher and his father and in Interstellar it is Cooper and Murph. (Image sources: Google) 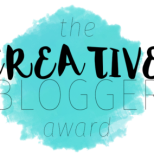 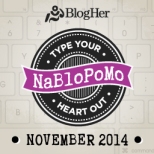 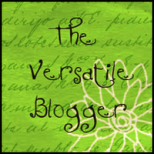